Learn More About the Honda Accord

The much-honored 2016 Honda Accord Coupe is not only affordable, it has received various accolades during the 2016 model year.

The Accord was recently named on Kelley Blue Book’s list of 5-Year Cost to Own award winners,* taking second place in the best midsize car category for its strong resale value and low-cost-to-own leadership. The Accord Coupe has also been named on Car and Driver’s 10Best list.** It has also been recognized as a 2016 Top Safety Pick+ vehicle by the Insurance Institute for Highway Safety*** and has received a 5-Star Safety Rating from the National Highway Traffic Safety Administration.****

In terms of design, the Accord Coupe features a striking, sophisticated new look for the 2016 model year, with revamped elements that include a bold new grille, distinctive taillights with integrated LED light bars, and alloy wheels.

Five trim levels make up the 2016 Accord Coupe lineup: 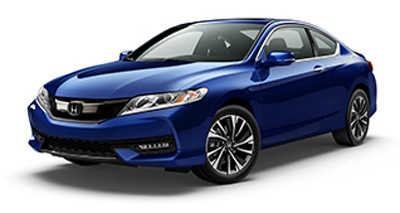 The EX trim’s standard features include: 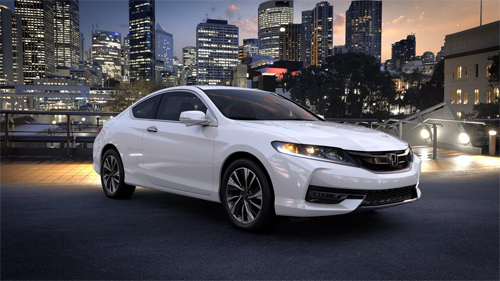 Standard amenities featured in the Touring trim include: 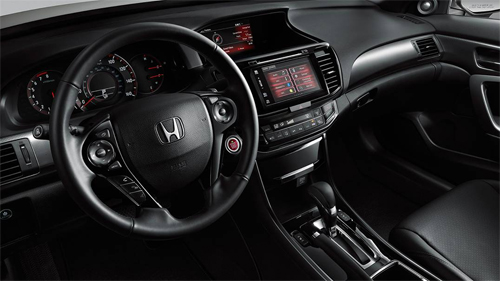 The 2016 Honda Civic was recently honored among Kelley Blue Book’s 5-Year Cost to Own award recipients, being named the second-place winner in the best compact car category.*

Other 2016 honors garnered by the Civic include: 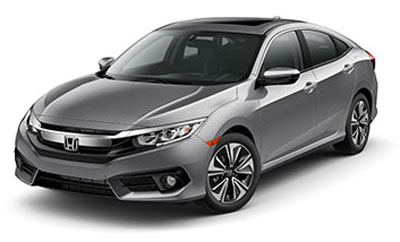 The EX models offer or upgrade the same amenities found onboard the LX trims, along with: 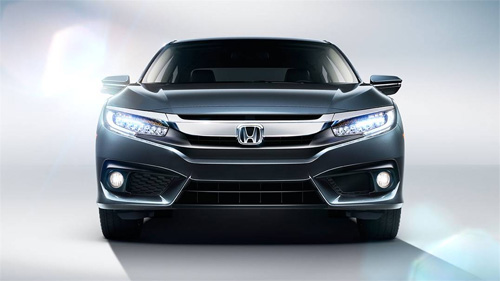 The EX-L models include or upgrade the features found in the EX-T trims and further offer an eight-way power-adjusting driver’s seat, leather-trimmed seats, leather-wrapped steering wheel and shift knob, and an auto-dimming rearview mirror.

The Touring model includes or upgrades amenities found in the EX-L and further offers: 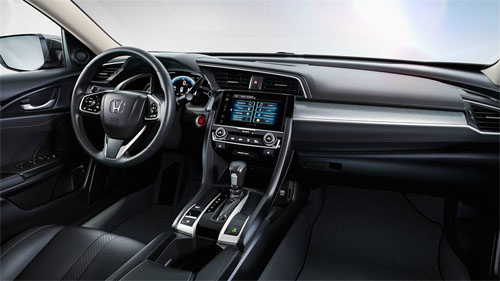 In recognition of the 2016 Honda Fit’s impressive affordability, Kelley Blue Book has named it the No. 3 winner in the best subcompact car category among the 2016 5-Year Cost to Own award honorees.*

The Fit has also received a 5-Star Safety Rating from the National Highway Traffic Safety Administration.****

The impressive, fuel-efficient Fit achieves up to an EPA-estimated 33 city mpg and 41 highway mpg.******** Despite its subcompact size, this impeccable car also offers an incredible 52.7 cubic feet of cargo space. 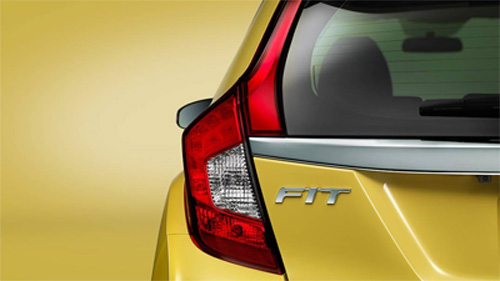 Standard features offered onboard the EX-L models include: 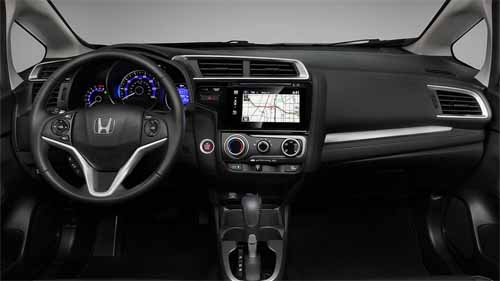 Meet Them in Person

Drivers can explore and test out these affordable, feature-loaded 2016 Honda models at any Metro Milwaukee Honda Dealer.

*For more information, visit Kelley Blue Book’s KBB.com. Kelley Blue Book is a registered trademark of Kelley Blue Book Co., Inc.
**Car and Driver, November 2015
***The 2016 Accord Sedan with Honda Sensing™, the 2016 Accord Coupe with Honda Sensing™, the 2016 Pilot with Honda Sensing™, and the 2016 CR-V Touring have been awarded the coveted 2016 TOP SAFETY PICK+ rating from the Insurance Institute for Highway Safety (IIHS) in recognition of their superior crash safety performance.
****Government 5-Star Safety Ratings are part of the U.S. Department of Transportation’s New Car Assessment Program (www.safercar.gov). Model tested with standard side airbags (SAB).
*****MSRP excluding tax, license, registration, $835.00 destination charge, and options. Dealers set their own prices.
*******For more information, visit AutoGuide.com. AutoGuide.com is a registered trademark of Verticalscope Inc.
********Based on 2016 EPA mileage ratings. Use for comparison purposes only. Your mileage will vary depending on how you drive and maintain your vehicle, driving conditions, and other factors.
*********For more information, visit northamericancaroftheyear.org