Whether you want to help the environment or you’re looking to save money at the gas pump—or you’re attracted by both benefits—fuel-efficient cars are hot commodities in today’s automotive marketplace.

Some of Honda’s most fuel-efficient models include:

Under the hood of the 2016 Honda Accord hums an i-VTEC V6 engine that generates up to 278 hp and up to 252 lb-ft of torque. Features like continuously variable transmission and Eco Assist help facilitate outstanding fuel economy of up to an EPA-estimated 27 mpg in the city and 37 mpg on the highway.*

Two different engines power the 2016 Honda Civic models. The Civic LX and EX trims feature a 1.5L DOHC 4-cylinder engine that produces 158 hp and 138 lb-ft of torque. The Civic EX-T, EX-L, and Touring models are powered by a 1.5L turbocharged DOHC engine that delivers 174 hp and 162 lb-ft of torque. Fuel economy achieved onboard the Civic is up to an EPA-estimated 31 city mpg and 42 highway mpg (in EX-T, EX-L, and Touring CVT models).*

The 2016 Honda Fit models are each powered by a DOHC i-VTEC direct-injection 4-cylinder engine that generates 130 hp and 114 lb-ft of torque. The Fit’s ECON button adjusts fuel-consuming systems to enhance efficiency, with the Fit LX CVT model achieving an EPA-estimated 33 mpg in the city and 41 mpg on the highway.*

Amenities are impressive onboard each model, with a host of cutting-edge features offered standard such as a multi-angle rearview camera. Each car also offers folding rear seats to enable extra cargo space when it’s needed.

Hybrid vehicles changed the game when they hit the market, offering unprecedented fuel economy that blew consumers away and has since prompted many automakers to step up the fuel efficiency in non-hybrid models in order to keep pace.

The 2015 Honda Accord Hybrid achieves an impressive EPA-estimated 50 mpg in the city and 45 mpg on the highway.** It offers three drive modes, shifting seamlessly between them as they’re needed to help bolster efficiency: EV Drive, Hybrid Drive, and Engine Drive. EV Drive is all-electric and is typically employed when the motorist is braking or starting from a stopped position. Hybrid Drive utilizes the car’s 2.0L i-VTEC fuel engine and electric motor to offer extra accelerating power. Engine Drive kicks in as soon as the Accord Hybrid is operating at levels of highway efficiency.

The 2015 Honda Civic Hybrid features the innovative Integrated Motor Assist IMA system, which mates a 1.5L i-VTEC 4-cylinder gas-powered engine with an electric motor. The electric motor kicks in to assist the gas engine whenever extra power is needed and can also power the car on its own in certain conditions. Combined, the motor and engine can generate 110 hp and 127 lb-ft of torque. Fuel economy is an EPA-estimated 44 city mpg and 47 highway mpg.**

The subcompact 2016 Honda CR-Z is the only hybrid that comes equipped with a close-ratio 6-speed manual gearbox. A three-mode drive system features Normal Mode, Sport Mode, and ECON Mode to give the driver a premium balance between efficiency and performance. An SOHC i-VTEC 4-cylinder engine generates 130 hp and up to 140 lb-ft of torque, and CR-Z models with DVT achieve fuel economy of up to an EPA-estimated 36 mpg in the city and 39 mpg on the highway.* 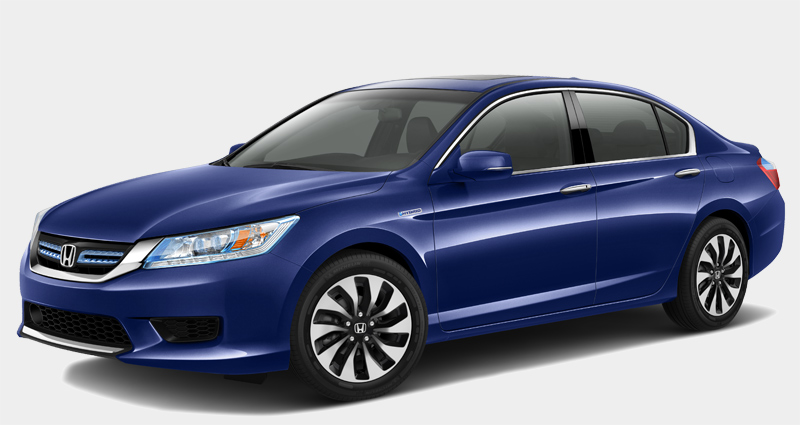 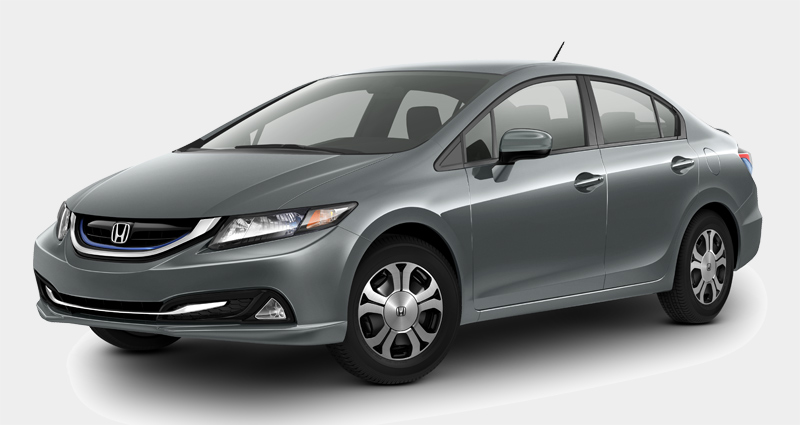 Technology offerings are robust on each hybrid vehicle, and a broad array of safety and style amenities make these eye-catching cars as attractive and high-tech as they are efficient.

These incredible fuel-efficient cars from Honda are exceptional in every way—but you don’t have to take our word for it. Drivers can experience these Honda vehicles for themselves at any Metro Milwaukee Honda Dealers location. Contact or visit one of our affiliated dealerships today and a knowledgeable member of our team will get you behind the wheel to test drive any or all of these vehicles and help you decide which fuel-friendly model is the right one for you.